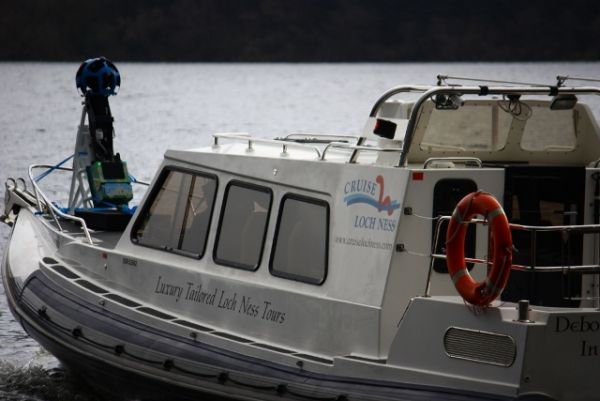 Posted at 07:52h in Uncategorized by admin 0 Comments
2 Likes

In April of this year the google team descended on Loch Ness armed with their trusty street view cameras to record the passage along the famous Loch for all all to see. The only thing missing from the google armoury was a boat and that is where ‘Cruise Loch Ness’ an existing Redbay client were able to assist. They mounted the street view cameras on to the ‘Deborah Leah’ a Stormforce 11 Explorer RIB and as they say, the rest is history.

Ronald MacKenzie from Cruise Loch Ness commented ‘The hire was for one week and we  had the worst weather in the area for about 25 years! really bad heavy rain that caused flooding in the area and increased the level of Loch Ness by 3 metres, the heavy rain also caused part of the Caledonian Canal to subside, closing the canal for two months. The end result looks amazing and we at Cruise Loch Ness are proud that we took part in this amazing legacy.’